Survival Shooter Free Fire Clash Squad Team Game
Welcome to the ultimate survival shooter game available on mobile. Survival shooter is an offline commando action game where you will play the role of master cover solider in this new action game. This team game is the ultimate survival shooter game available on mobile. There are many offline games, but we are proud to launch a new shooting game in the game store, especially for team game and fps game lovers. Each encounter game places you on a unique position in this encounter game where you are pit against other terrorists, all seeking survival.

[PVP team vs cover squad]
Search for weapons, stay in the batlleground, loot your enemies and become the last man among your squad. Along the way in the battle, go for missions while avoiding strike to gain that little edge against opponent team in this shooting game. You are a commando soldier on this operational battleground and you are responsible for encounter of terrorists. You can take advantage of long time survival to encounter the opponent squad in this action game. 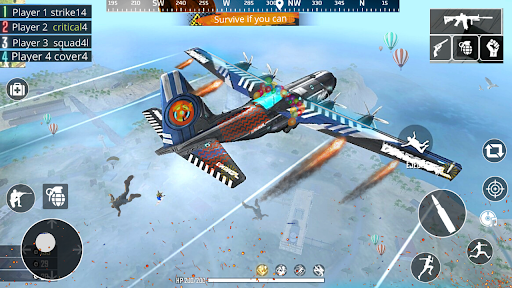 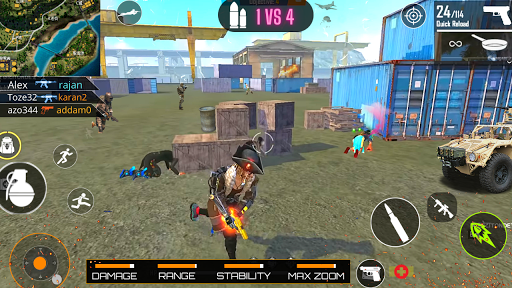 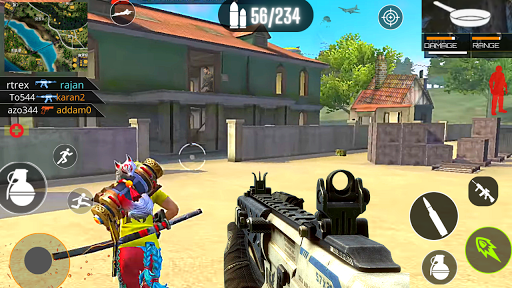 [cover action and team game]
Play against epic squad of up to many terrorists and establish action game thrill with your squad at the very first moment. Answer with your gun shooting and lead your team to victory in this action game and be the last team standing at the apex. A commando always love his army. Easy to use controls and smooth 3D graphics promises the best fps experience you will find on mobile to help you immortalize your name among the shooting game legends.

The gameplay of this action game is very action packed & very thrilling. Let’s enjoy this adventurous shooter game. Play this real commando action game, start your daily missions on enemies’ battleground in this best offline shooting game to increase your player level. Use variety of modern guns in this battle shooting games, just start your battle for free fire skills. All you have to do is to fight with the terrorist in this team cover game.

SUPPORT
You can download and play this shooting game for free. Please be informed that it also allows you to purchase virtual items within game and may contain third-party advertisements that may redirect you to a third-party website.

Disclaimer:
This game is not related or linked with any other game in anyway. If you have any problem please feel free to contact us via:

> First person smooth controller added with improved gameplay.
> Bugs are fixed with improved UI.
> New environments are added.
> New shotguns and weapons added.
Play, have fun, and give your suggestions and appreciation. 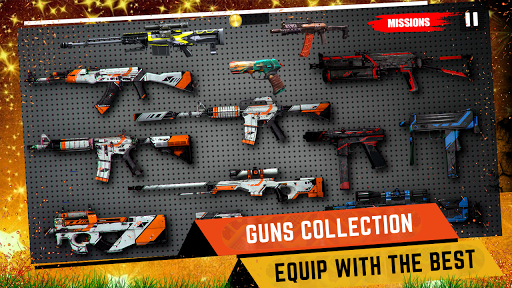 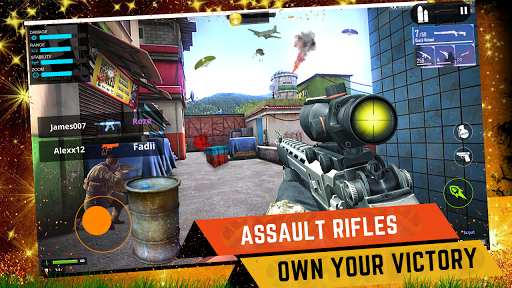 You are now ready to download Survival Shooter Free Fire Clash Squad Team Game for free. Here are some notes:

How to Mirror Your Android Screen to a PC (Without Rooting)